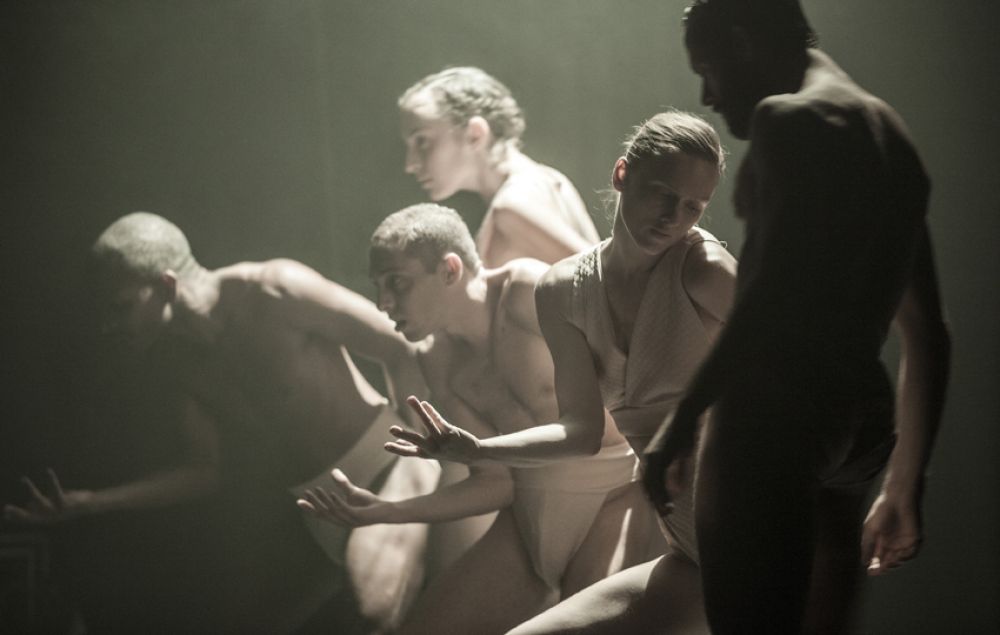 For 25 years, the Potsdamer Tanztage have been bringing international productions to Potsdam for a celebration of dance that more than ever reflects social issues surrounding the body, coexistence, and the perception of the human being. It is a small programme marathon that the festival presents on numerous stages in the city from 27 May - with 12 productions, including 9 German premieres, six concerts and numerous workshops. The festival presents some of the most exciting dance pieces currently on the international dance scenes and, as always, does everything it can to live up to its special reputation as a "public-oriented" cultural festival - with numerous opportunities to exchange ideas with the artists, get active in workshops and even actually take part in a "Dance marathon".

Inspired by the legendary dance competitions in the USA of the 1920s and 1930s, the Canadian theatre collective bluemouth inc. stages a dance marathon as a dance-theatre party together with the audience. In addition to an unforgettable evening of dance, bluemouth inc. succeeds in creating a sensual and humorous reflection on daily coexistence under the rules of competition in the festival's programme. A social dance event in the best sense, which can be experienced for the first time in Germany after enthusiastic performances in London, Dublin and Bristol...

The body in all its "states" is particularly present in this edition of the festival.

It is already clearly visible in the opening pieces "Sara" and "Killer Pig" by the Israeli choreographer Sharon Eyal and the music producer and techno DJ Gai Behar in the Nikolaisaal. They describe their dance compositions as "new mutations" that captivate with intensity and perfection. With their pieces, they break down the boundaries between dance worlds with relish: Classical ballet goes night club, rave culture mixes with catwalk gestures and is boldly woven into a whirring, pulsating landscape of movement.

In his solo "Céu", the Brazilian Volmir Cordeiro goes through a perpetual metamorphosis in constant twisting, overstretching, stretching and contractions. He is at the same time vagabond, transvestite, beggar, peasant, Indian, rebel, musician.... He becomes a living body paradox. His dance and his pantomime are reminiscent of Renaissance paintings in which the lunatics, the poor and the foot people fascinate through burlesque depictions. Cordeiro gives them back their dignity.

The Canadian Daniel Léveillé equally places the body at the centre of his new piece - often frontally, with clear lines and pure movements, unsparing in his fascination with the power and limits of gravity. Set to music by Johann Sebastian Bach, Jim Morrison and Pancrace Royer, "Solitudes Duo" is a no-frills hymn to the human condition, mesmerising in its directness and sheer beauty of presence.

With a seemingly simple task, Jan Martens once again presents a piece of extreme physicality in "The Dog Days Are Over": his eight dancers jump for minutes, incessantly, in a choreography of rhythms, sweat and breathlessness - until exhaustion. In the process, they develop a hypnotising group dynamic and push the limits of what is physically possible.

The new piece "The Archive" by Arkadi Zaides surprises with the burning topicality of its themes: the conflicts in the Middle East and their visibility in the bodies of the protagonists. Zaides uses the movements of film footage in conflict situations, reproducing the tension and the gestures. Beyond imitating a local reality, he explores the universal physicality of violence in each of us. The dancer becomes a living archive, an irritating embodiment of confrontation....

The works of Gunilla Heilborn (Sweden), Pieter Ampe and Benjamin Verdonck (Belgium), as well as Cirque Inextremiste, are quite different. Together they demonstrate a special sense of humour on stage.

Gunilla Heilborn's idiosyncratic way of collaging text, dance, video and images with dry humour into cinematic choreographies has earned her a reputation as one of Sweden's most interesting performance and film artists. In "Gorkij Park 2", four performers are at the centre of a sensitive piece that flirts with social realism and asks about lost utopias.

For their part, Pieter Ampe and Benjamin Verdonck stage a great chaos around Vivaldi's Four Seasons that takes the audience to unexpected consequences.

15 gas cylinders and a few scaffolding boards serve as props for the minimalist show of extremes by Cirque Inextremiste from France. "Extremités" is a cheeky balancing act with black humour and impressive acrobatics and a sensitive portrayal of social coexistence - breathtaking, but not for the faint-hearted!

Especially in its anniversary year, the Potsdamer Tanztage not only stand for an exciting and multi-layered programme of performances, but also offer an equally rich variety of concerts, both open air and in the fabrik club. Bands such as Feindrehstar or Les Yeux d'la Tête were already discovered at the festival in previous years and will of course be part of the 25th festival edition.

In addition, the festival invites musical newcomers such as the Mumuvitch Disko Orkestar, Pretty Mery k and Woods of Birnam, the band around actor Christian Friedel that has recently been causing a sensation in film and theatre, to Potsdam for the first time.

THE FESTIVAL IN NUMBERS

THE DOG DAYS ARE OVER | JAN MARTENS (B/NL) 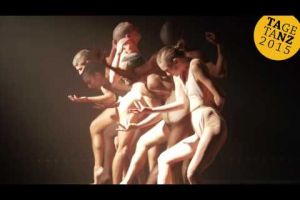 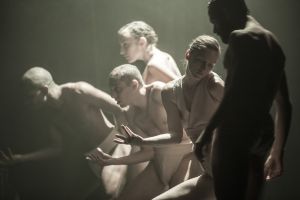 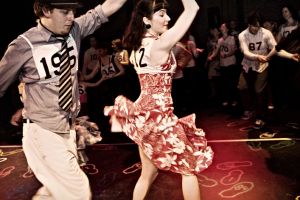 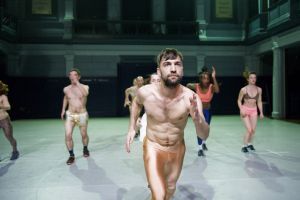