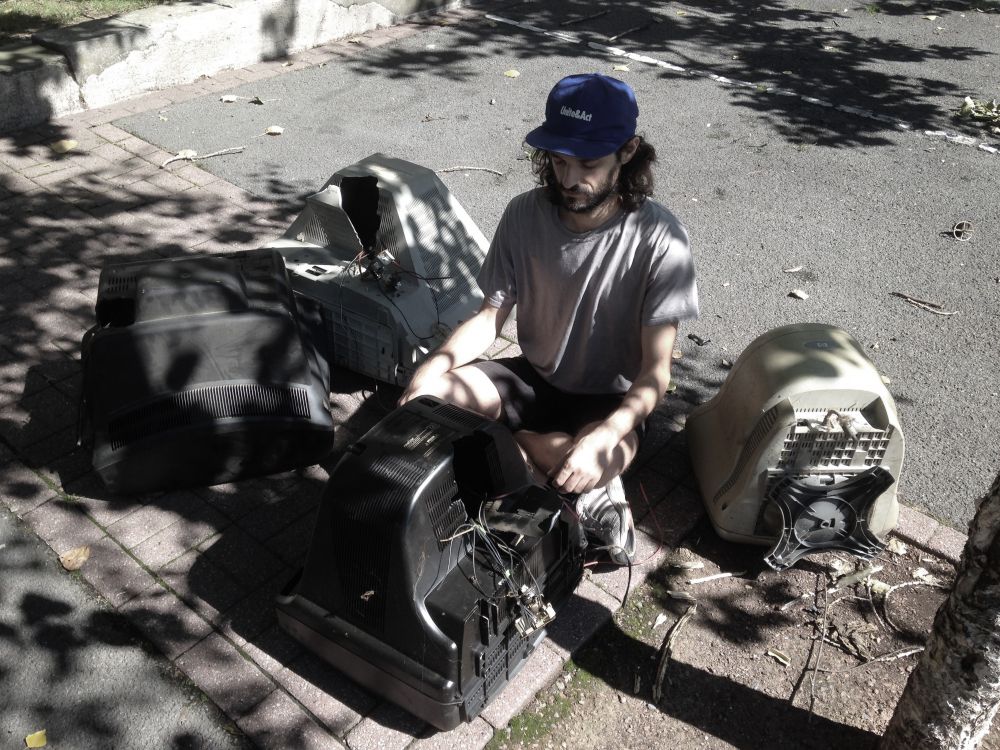 With their piece ROGER - ALLEGORIE DES TROSTES, Guillaume Marie, Igor Dobricic, and Roger Sala Reyner address the habit as a social, brotherly act (comforting the other) as well as an intimate one (comforting oneself). The artistic object of the solo is imagined representations of comfort in the contemporary context. It is about reclaiming a phenomenon often left to religious institutions or conservative policies and transferring it back to the realm of the artistic, philosophic, and social. The artists develop an allegory and thus try to answer the question philosopher Michaël Foessel asks to our society: How can we channel the obvious effects of suffering in order to prevent them from challenging the unity of the group?

"After the event, the disaster, the tragedy, the loss, the murder, the separation, which beginning, which commencement?" Working with a group of five women on stage, Danya Hammoud explores the notion of the "group" by setting into motion a "being together". She thereby triggers questions concerning affiliation, peer pressure, resistance, support, witnessing, appropriation, memory ... The construction of a micro-society, experienced as a kind of Continent (from the Latin continere – holding together).

Danya Hammoud is a choreographer and performer, having studied Theatre in Beirut, and Dance at CNDC Angers and Université Paris VIII in France. Living and working in Beirut and France, her choreographic work has been presented both locally and internationally at several festivals and venues. Parallel to her performances, she continues to develop an approach to critical analysis of movement, a subject matter lacking in the Lebanese context. She is 2016 Laureate of the Boghossian Foundation Prize for Choreography in Lebanon. Her solo “Mahalli” was presented at Tanztage Potsdam 2016. Spring 2018 she received a scholarship at Cité Internationale des Arts in Paris.