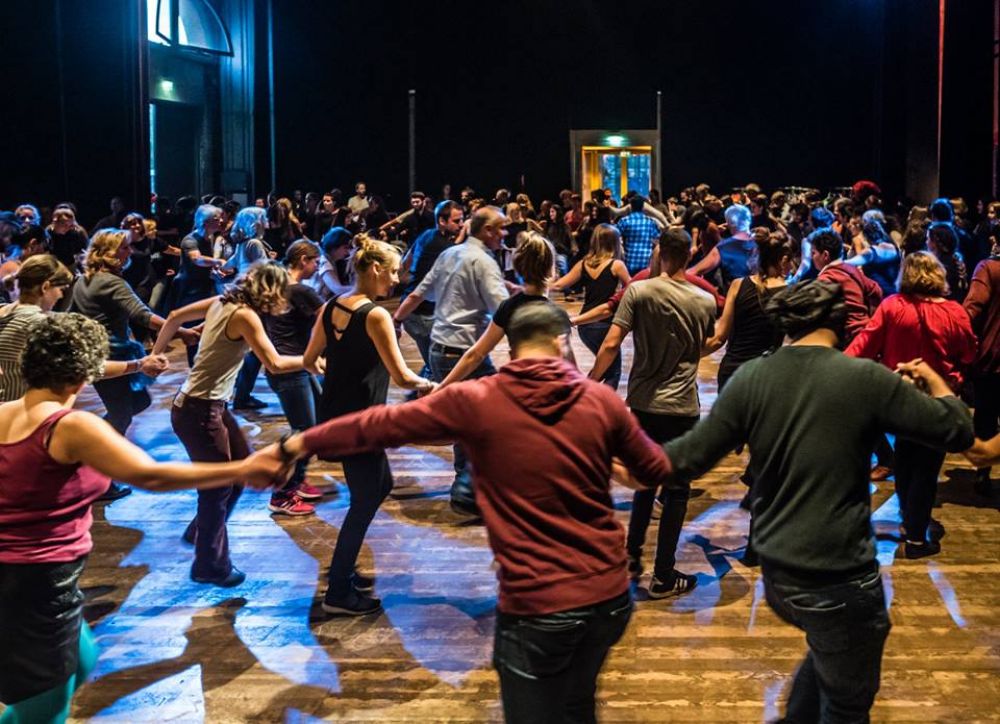 The traditional circle dance is very popular in many variations in the Middle East and combines the enthusiasm and experience of the two Syrian artists with the openness of a cross-generational audience. The workshop is open to people of different ages and suitable for children from 10 years. Previous knowledge is not required.

Medhat Aldaabal, born in Damascus, studied theatre at the Institute of Performing Arts. He worked in the Arab region with various groups before coming to Berlin in 2015. He works as a dancer and choreographer (e.g. Schlaraffenland - Return to Myth, Amal) and teaches dance for fugitive children. Since 2017 he has been dancing in the production "Comeasyouare" by Nir de Volff.
Ali Hasan, born in Damascus, studied medicine at Tishreen University in Latakia. During the Syrian crisis, he worked as a physiotherapist and moved to Berlin in 2015. He founded the band MATAR and began to work as a percussionist in various intercultural projects. He is one of the founders of the new German-Arab library Baynetna - BetweenUs, which opened in Berlin at the end of 2016, and also founder and curator of the concert series Webelongtomusic.