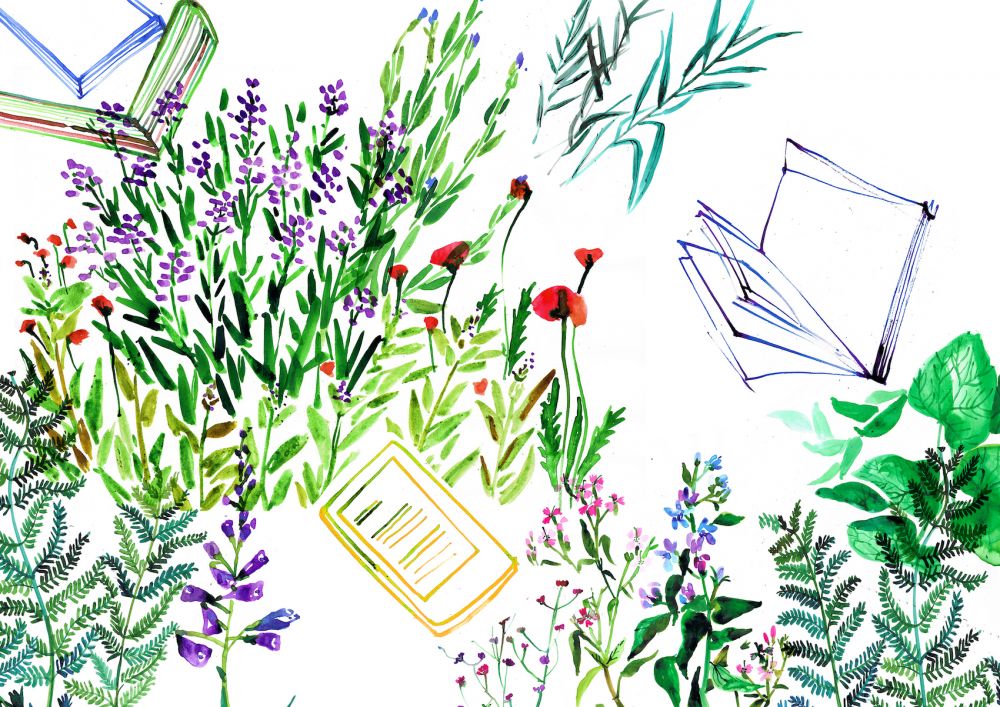 Words blossom into thoughts, images, ideas and wild dreams - in the new reading series of the fabrik Potsdam and the Viktoriagarten bookstore, regional authors give samples and insights into their stories, reports and experiences. The reading series takes place at regular intervals at the fabrik Potsdam with changing guests. The spectrum ranges from graphic novels and travelogues to stories and novels. Around the reading, the audience is invited to join in the conversation, share impressions and ask the authors questions.

Leaving the comfort zone was the primary intention of Berlin-based Japanese author Nozomi Horibe when she planned her trip. Not a couple's holiday under palm trees, no discovering exotic cultures, no, it was to be a bicycle tour, alone and in a wide circle around the Berlin area.
What happened to her on this four-week trip, covering a distance of 1120.5 km, was, as she had hoped, socially challenging, but also often surprising, and rewarded her with exotic experiences and many a magical moment. Nozomi Horibe depicts these in her honest and smart comic debut with visible empathy for the country and its people.

Bernhard Robben with the german translation of Ta-Nehisi Coates: The Beautiful Struggle

Born in 1955, Bernhard Robben has been a freelance translator since 1986. Among the authors he has translated into German since then are John Burnside, Hanif Kureishi, Ian McEwan, Salman Rushdi and John Williams. At the fabrik, he will talk about his work as a translator based on his translation of Ta-Nehisi Coates' "The Beautiful Struggle - Der Sound der Straße", published in German in May 2021.

Franziska Fischer: In the Woods of the Beavers

When her well-ordered life begins to falter, Alina flees from hectic Frankfurt to the only person she can think of: her grandfather, who lives in a small village in Brandenburg. She has had no contact with him for eighteen years. The old man lives alone in a much too large house on the edge of the forest that is in need of renovation. He keeps chickens, tends the garden, bakes bread, watches beavers - and takes his granddaughter in without asking many questions. Dark and almost a little unreal are Alina's childhood memories of holidays with her grandparents; caught up in the stress of everyday life, she hasn't thought about summers in the village for years. Now, in the midst of nature, the memories return. Before she knows it, she not only falls in love with the village and the surrounding forests. But before she can build a new life for herself, there is a lot Alina has to free herself from. A story about a special grandfather-granddaughter relationship and a tribute to life in the countryside, the peace and quiet we find in nature. Franziska Fischer was born in Berlin in 1983, spent some time abroad and has since moved out of the city. She studied German and Spanish philology at the University of Potsdam and works as a freelance author and editor.

Due to the uncomfortable weather, the reading will take place in the fabrikcafé.

An event by fabrik Potsdam in cooperation with the Viktoriagarten bookstore.