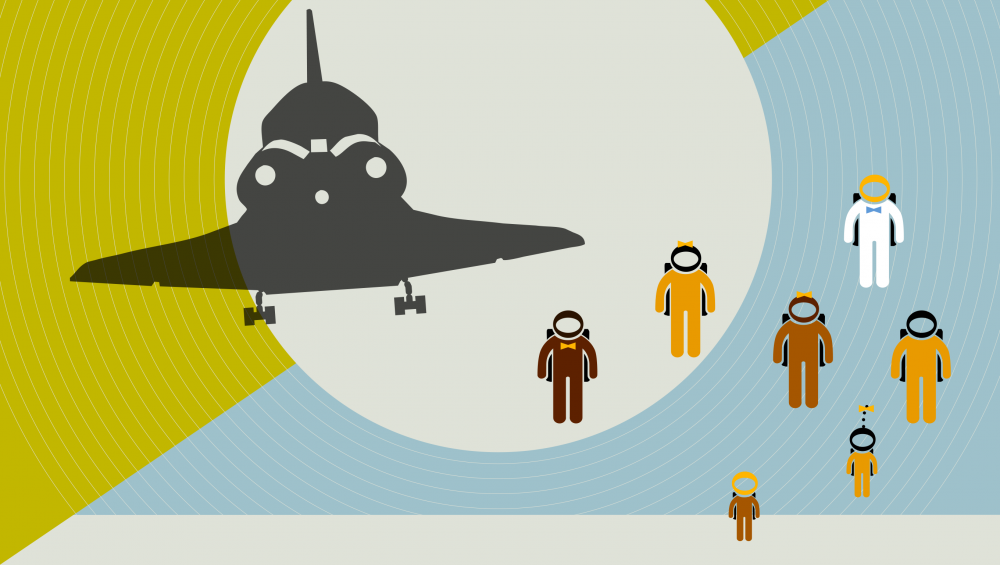 All concerts will be played indoors.

Science fiction series of the 60s and 70s such as Star Trek describe a future of enormous social and technical progress. Social inequality, racism, intolerance, poverty and war have been overcome. Star Trek was set in the 23rd century. So the time has come to take a closer look at the 21st century musically and politically and to explore how musicians approach the themes of diaspora, migration and musical identity.
Paul Brody - Trumpet, Meike Goosmann-Sax - Bass clarinet, Christian Koegel - Guitar, Lisa Hoppe - Bass, Hans Otto - Drums

Jazz, a form of music rooted in social grievances such as racism, including forced migration and slavery, was no longer perceived as a radical form of music by a younger generation. On the contrary, jazz was considered old and outdated by many listeners. In the last ten years, a new generation has emerged that appeals to an audience of their peers. Overall, there has been an increase in the self-confidence of European, "white" and male-dominated jazz, so that the desire for more heterogeneity and equality is once again being expressed. Female musicians are still underrepresented in jazz and even more so those with an immigrant background are in the absolute minority. The Jazzoffensive 2022 programme focuses on projects that integrate multi-ethnic backgrounds, sexual diversity and/or gender diversity in their line-ups.

Guitarist Jean-Paul Bourelly's music is influenced by the Haitian immigrant community and the southern culture of Chicago's South Side, where he grew up. In his early years, he worked with renowned jazz greats such as drummer Elvin Jones, Pharoah Sanders, AACM founder Muhal Richard Abrams and Roy Haynes, and recorded with Miles Davis. He attracted early attention by appearing on the Abrams release Blues Forever, which won DownBeat Record of the Year. He has also collaborated with various members of a new generation of experimenters in cross-genre music such as Olu Dara, Henry Threadgill, Steve Coleman and Graham Haynes. Jean-Paul Bourelly is an innovative and experimental guitarist and composer who knows how to blend and bend different musical styles into a coherent expression. Homepage
Jean-Paul Bourelly - guitar, vocals, Regis Molina - baritone saxophone, Daryl Taylor - bass, Marlon Browden - drums, Infinite Livez -DJ, vocals.

The Soniq project brings together Christina Fuchs, Ramesh Shotham, Jarry Singla and Kioomars Musayyebi. Together, the musicians from India, Iran and Germany explore the various interfaces of these seemingly so different musical cultures. The musicians are now trying to come to terms with their traditions as well as with new and European influences in a musically and socially very diverse environment. Soniq is an international community of musicians who complement each other and explore new musical paths. Youtube
Christina Fuchs - saxophone clarinets, Jarry Singla - piano Indian harmonium, Ramesh Shotham - percussion, Kioomars Musayyebi - Santoor

Anarchist Republic Of Bzzz Anarchist Republic Of Bzzz is a cross-genre collective: noise-jazz spoken word. The stateless nation (hence the formation of their own republic) was secretly formed in the early 2000s on the initiative of Seb El Zin. It began a colourful odyssey that bridges the formal complexity of jazz, improvised music, hip-hop, ethnic music, electronics, no wave and the energy of punk. Homepage / Youtube
Mike Ladd - voice, Seb el Zin - electronics, guitar, Fanny Lasfargue - bass

The KAMA Orchestra is a newly founded groove brass orchestra from Potsdam. The special feature of this ensemble is its unusual cast: with a total of 20 different, multiple brass instruments and a rhythm section, some of which are supplemented with percussion instruments they developed themselves, Kama Orchestra is shaking up the scene of the big jazz ensembles. Musically, the band incorporates global beats, funk jazz and danceable club sounds. And another unique selling point: Kama Orchestra brings together teenagers and older people, as well as professionals and amateurs - from 15 years old to over 50. An extremely diverse and exciting experiment and a bridge to a very young generation. Kama Orchestra is the festival's contribution to the JazzLab concert series at the fabrik Potsdam. Homepage 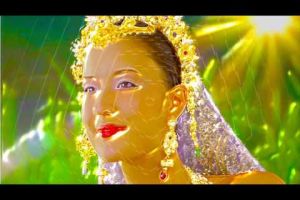 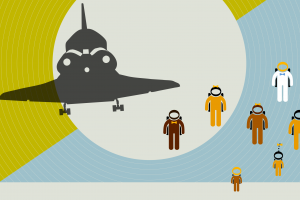 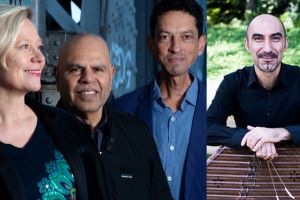 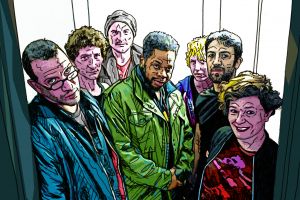 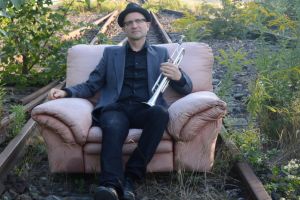 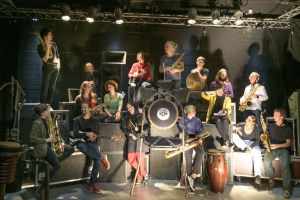 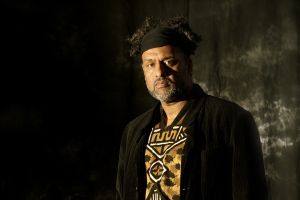 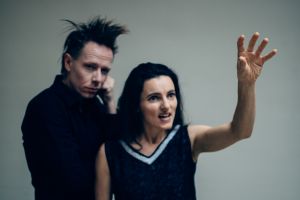 With friendly support by the state capitale city of Potsdam.