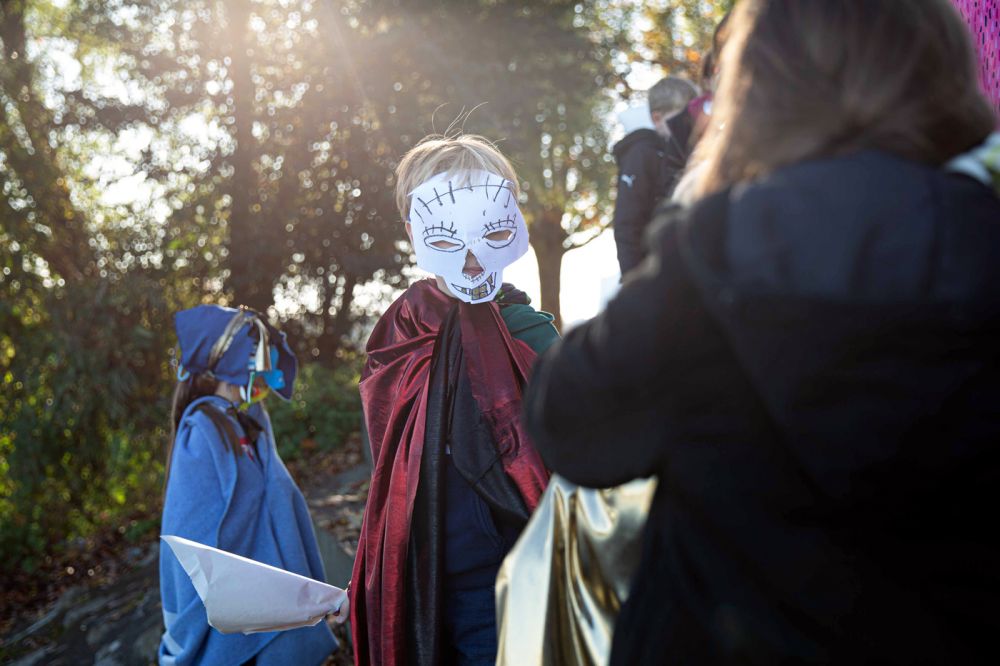 Within every farewell hides a small death. What does it mean, to actually say goodbye?

Within every farewell hides a small death. What does it mean, to actually say goodbye? To someone, or to all the large and small things from which we grow in our lifetime? In von hier nach dort the performers accompany their visitors on a farewell trip, a fun-loving adventure full of music, arts & crafts, dressing-up, singing & dancing, to face the great unknown with courage and celebrate the miracle of life together!

Lee Méir (DE/IL) is a freelance choreographer, performer and costume designer. Her work explores the tension(s) between language, movement, sound, and meaning production, and can be situated somewhere between playful and intense. She sees her collaborative practice as a way to destabilise individual ideas and to practice being together. Lee’s works are presented internationally in platforms such as: Tanz im August Berlin, Brighton Festival, Heidelberg Tanzbiennale, Roter Salon at the Volksbühne Berlin, Tanzquartier Vienna. Recently she has been awarded the 2019 Pina Bausch Fellowship in cooperation with L’École des Sables in Senegal.

André Lewski (DE) works internationally as a freelance performer, actor and director. He made his debut at the Volksbühne Berlin and had engagements at theatres in Freiburg, Stuttgart, Munich, Paris and Palermo. For many years he has been the protagonist of Theater-Arbeit-Duisburg and has created his own works with Lee Méir in the fields of performance, acting and dance. 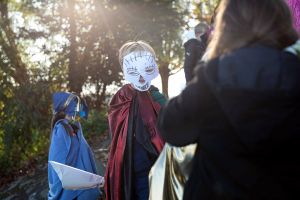 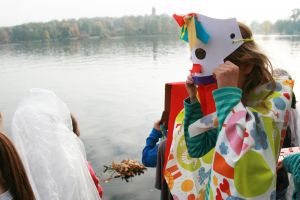 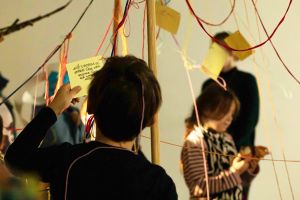 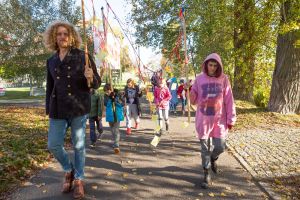 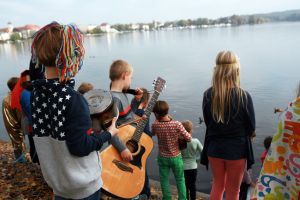 Concept & choreography: Lee Méir, André Lewski
Co-choreography: André Lewski, Lee Méir, Robert Konderosi, Lidy Mouw, Lea Kieffer
Photo: Élise Scheider
Duration: approx. 50 minutes
A production of explore dance – Network dance for young audience, a co-operative project of fabrik moves Potsdam, Fokus Tanz / Tanz und Schule e.V. München and K3 | Tanzplan Hamburg. Funded by TANZPAKT Stadt-Land-Bund with the support of the German Federal Government Commissioner for Culture and the Media, the Ministry of Culture and Media of the Free and Hanseatic City of Hamburg, the Municipal Department of Arts and Culture Munich and the BLZT, financed by the Bavarian Ministry for Arts and Education, as well as the city of Potsdam and the ministry for science, research and culture of the federal state of Brandenburg.