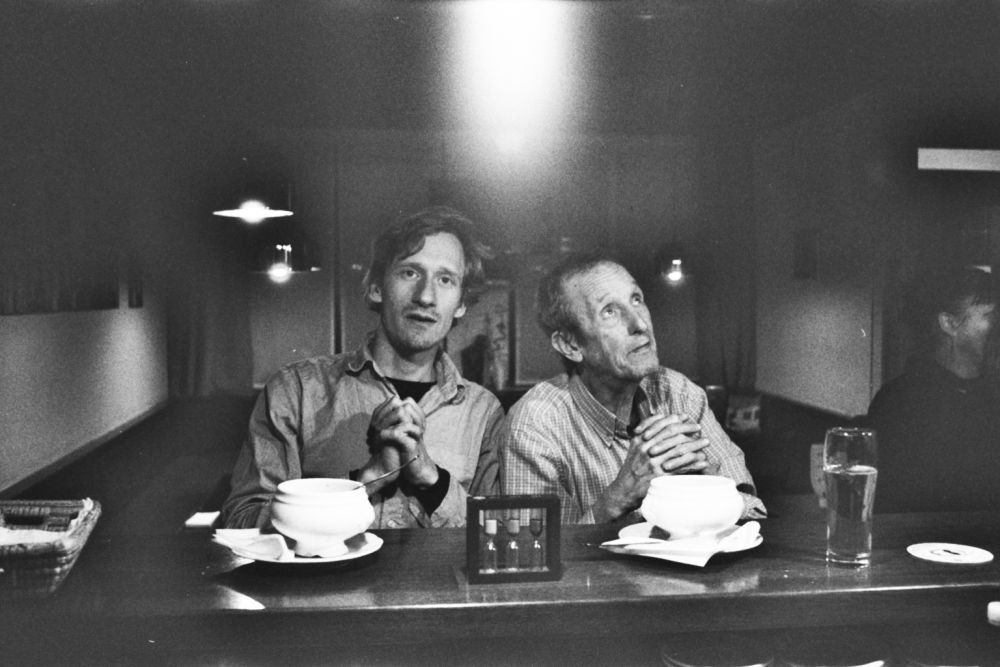 Honsinger studied at the Peabody Conservatory in Baltimore and moved to Montreal in 1969. In 1974 he moved to Amsterdam, where he has since been a member of the ICP Orchestra of drummer Han Bennink and pianist Misha Mengelberg. He has also worked with Derek Bailey, Steve Lacy, Alexander Schlippenbach, Borbetomagus, Lol Coxhill, Louis Moholo and singer Mola Sylla. He was a member of the Cecil Taylor Ensemble alongside Harri Sjöström and Paul Lovens. Since 1978 he lived in Florence for several years, where he collaborated with Giancarlo Schiaffini (Gruppo Du Improvisazione Nuovo Consonanza) and Gianluigi Trovesi. His band This, That and the Other included Tiziana Simona, Sean Bergin, Toshinori Kondō, Jean-Jacques Avenel and Michael Vatcher. In the early 1990s he experimented with a drum-amplified string quartet and worked with the Dutch band The Ex. In the 2000s he performed with Tobias Delius. Together with Axel Dörner, Olaf Rupp and Oliver Steidle he forms the quartet HDRS.

For a number of years now, energetic double bassist, filmmaker and producer Grip has played an important role for the new scenes of improvised music in Europe. As founder of Umlaut Records, he opened up for creative forms of organizing collectives of musicians and promoting their music internationally. Since 2003 he has been one of the main organizers of Hagenfesten in Dala-Floda, Sweden, a stand-alone festival, and quite frankly possibly the most pleasant venue for free improvised music not only in Sweden but in the whole of Europe. Few other places offer quite the same endearing combination of sophisticated musical risk-taking, and up-beat, social get-together. Grip’s musicianship is informed by a similar knack for welding musical sophistication with social communication, often with an analog film camera at hand. With a handful of short films Joel Grip met mexican filmmaker Mauricio Hernández and shortly the film production company Umlicht was established. They are right now working on their third and fourth feature film together. Umdicht is amplifying the pencil of Joel Grip’s hand, partly through the irregular issue of Lösa Blad and partly in the future release of books.