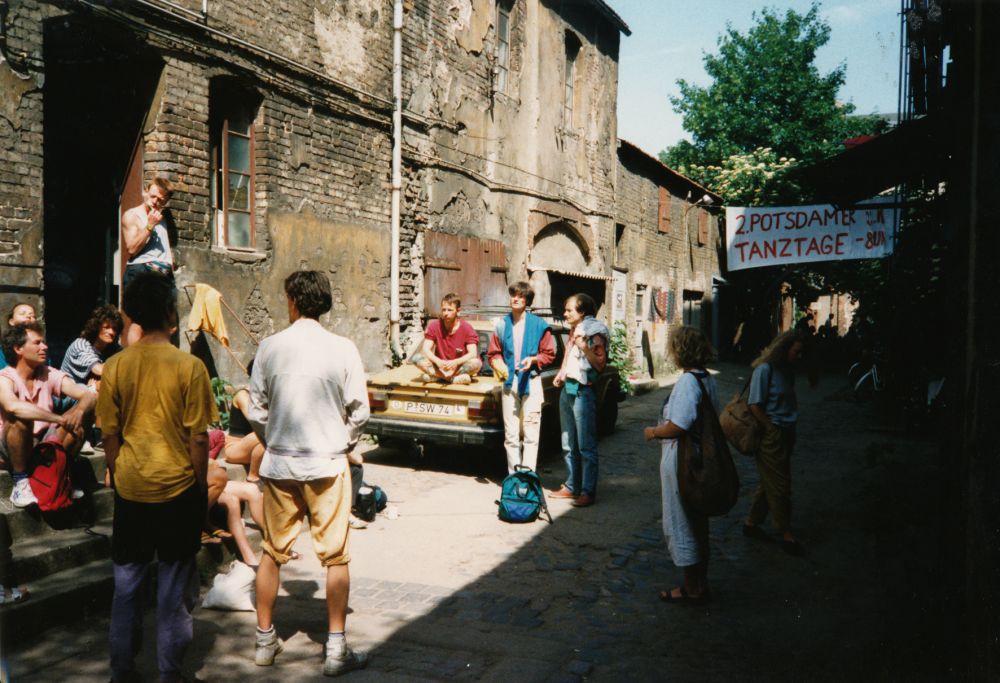 When young creative people occupied an abandoned factory building in the centre of Potsdam in the Wende winter of 1989/90, they had no idea that they were laying the foundation for what has since become a 30-year success story. At that time, in the shadow of political change, the first structures of independent theatres emerged in Brandenburg. And so in 1991 the fabrik Potsdam e. V. association was founded, whose flagship is still the Potsdamer Tanztage festival, which also celebrated their 30th anniversary last year.

After the first lockdown, they were laconically-optimistically titled "Keep dancing" and moved from May to August. And while the Berlin festival Tanz im August was almost entirely digital, the fabrik was working flat out to develop adapted formats and numerous open-air offerings for its audience. Like, for example, the "Fugue /Trampoline" performance by the Canadian dancer and acrobat Yoann Bourgeois, which congenially mirrored our crisis-ridden present at the opening.

But his allegory of human life – rising, falling, moving on – also has to do with the history of the development of the fabrik Potsdam in the broadest sense. The founding fathers at the time, Wolfgang Hoffmann and Sven Till (Sabine Chwalisz only joined in 1992), strongly modelled themselves on their role model at the time, the Tanzfabrik in West Berlin. As a self-proclaimed "self-help group", these young people had a vision for their socio-cultural (dance) centre: they wanted to create spaces for themselves and others to experience and try out their creative potential. "By bringing together different art forms under one roof – contemporary dance, physical theatre and music – the fabrik tries to counteract entrenched structures," they wrote in one of their first self-descriptions.

After moving out of the dilapidated factory building in Gutenbergstraße and gradually consolidating in the Schiffbauergasse arts and culture quarter, these beginnings have become an international centre for dance and the art of movement – not only visible with and at the festival Potsdamer Tanztage, which attract up to 7,000 visitors a year, and as many as 3,000 in the Corona year 2020, but also with collaborations such as Dance in Residence, choreographer residencies through Studio Québec or international networks such as Étape Danse. The 19-member team led by Sabine Chwalisz and Sven Till continuously supports Potsdam artists such as the artists' collective Kombinat, Laura Heinecke's company and the duo Anita Twarowska and Murillo Basso.

Artistic lighthouse in the country

As an artistic beacon for the art of movement that radiates out into the state, the fabrik Potsdam has increasingly been knitting artistic networks with actors from the region since 2015, such as recently with Golde Grunske's dance company from Cottbus through Dance in Residence Brandenburg. This new supra-regional cooperation and networking project of the fabrik subsidiary fabrik moves and TanzWERKSTATT Cottbus, among others, is funded by the federal programme Neustart Kultur and is intended as a supra-regional cooperation and networking project to strengthen structures for dance in Brandenburg and secure them for the future.

The cross-state network project Explore Dance, in which the fabrik promotes dance projects for children and young people together with Hamburg and Munich, was awarded the German Theatre Prize in 2019.

In addition, the fabrik sees itself as a mediator between artistic education and practice in an eastern German state where there is no university-based arts education, visible not only in its cooperation with the Inter-University Centre for Dance Berlin, but also with the dual degree programme in Movement Education and Dance in Social Work at the Clara Hoffbauer University of Applied Sciences in Potsdam.

Desire for expansion from within

The impressive development of the fabrik Potsdam has always taken place out of self-assertion, as a desire to expand from within, and for three decades it has taken place under the restrictive conditions of annual project funding by the state and city of Potsdam. Nevertheless, it has succeeded in creating sustainable structures that benefit others even now during the Corona crisis. Among other things, the fabrik is involved in the action network KulturMachtPotsdam, which has been working since summer 2020 to make the social significance of art and culture for Potsdam more visible and to involve as many cultural actors as possible – not only in the Corona context, but also beyond it in the long term.

In all likelihood, the fabrik will continue to be a strong driving force in the future and provide sustainable artistic impulses that make the great diversity of dance visible. Since 2015, for example, it has succeeded in doing so by promoting Nouveau Cirque under the umbrella of contemporary dance.

This should finally be freed from its niche existence and become accessible as a self-evident part of art and culture, and in the truest sense of the word, barrier-free. This was the case at the Potsdamer Tanztage 2020, which convincingly demonstrated this path not only with "Fugue / Trampoline" by Yoann Bourgois, but also with formats such as "Fremdgehen" – a choreographic city walk by Sabine Zahn or "Hope Hunt" by Oona Doherty – a performance that intensively reflected the attitude to life of the youth of the European suburbs.

This article was first published in tanzraumberlin magazine in the March/April 2021 issue. 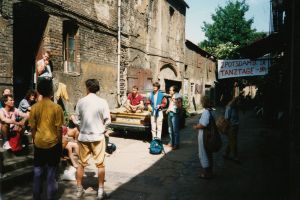 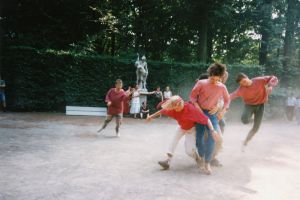 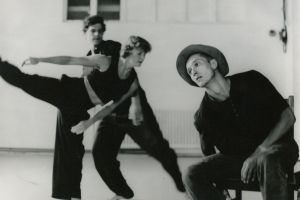 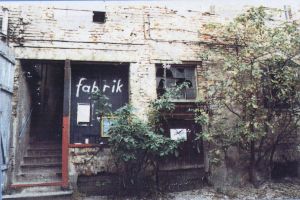