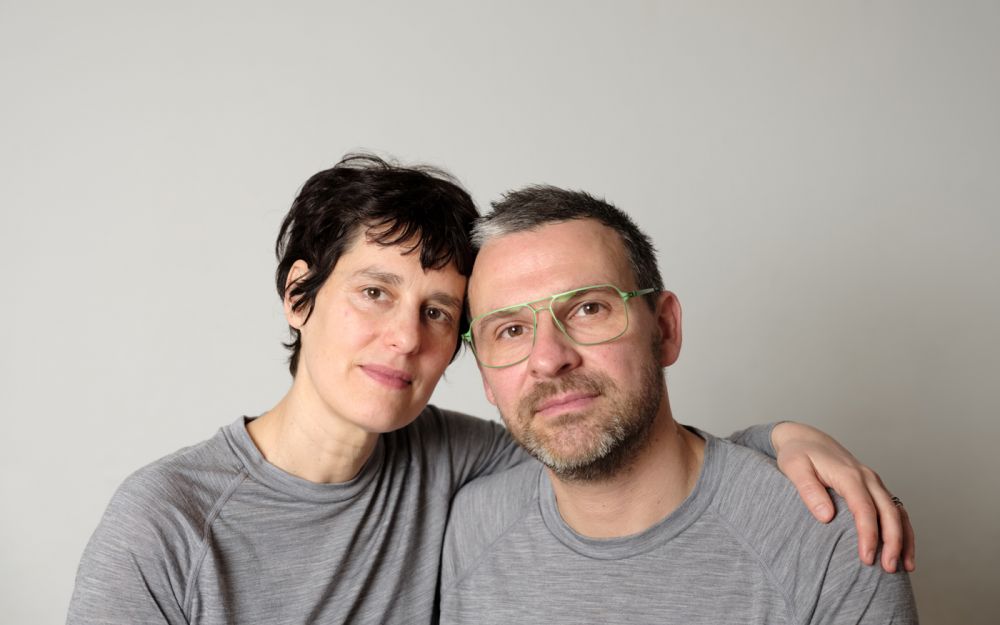 In German, spinning has many meanings. It describes, among other things, the art of making and pulling a thread, of following a thought, of pondering, of exaggerating something in such a way that it seems unbelievable and strange, and it also describes the animal that many people are afraid of. Spiders are animals that can pull threads out of themselves and weave impressively beautiful webs, which sometimes only become visible in bright light. Deufert&plischke take (thread) spinning as their theme in order to create a performance together with children from Freie Schule Potsdam that moves between language and dance. Begun on paper with pencil, wool and colours, the actors move into space with their bodies and senses. Everyone is asked to bring their own stories, thoughts, wishes and experiences with them and to connect and network within them. Thus a dance develops in the confusion of time, space and people and not next to each other.

Deufert&plischke's work reaches beyond the framework of dance and theatre and deals with individual participation and social everyday life in artistic events. Their choreographic work is a space of joint openness to social and artistic practices that are increasingly disappearing from society: analogous communication, manual work, touch, handwriting. They are currently developing the dance letter project Just in Time, co-produced by Tanzfonds Erbe and the Goethe Institut, in Berlin, Tel Aviv, NYC, Düsseldorf, LA (2016-18), Brussels, Reykjavik and Singapore (2019). Her new piece Liebestod was presented at the Festival Tanz in August 2019. They teach at various institutions, e.g. from 2006-10 in the Master's programme Performance Studies in Hamburg, in the Bachelor's programme Dance, Context, Choreography at the Hochschulübergreifendes Zentrum Tanz Berlin or the newly founded Research Cycle at P.A.R.T.S in Brussels.