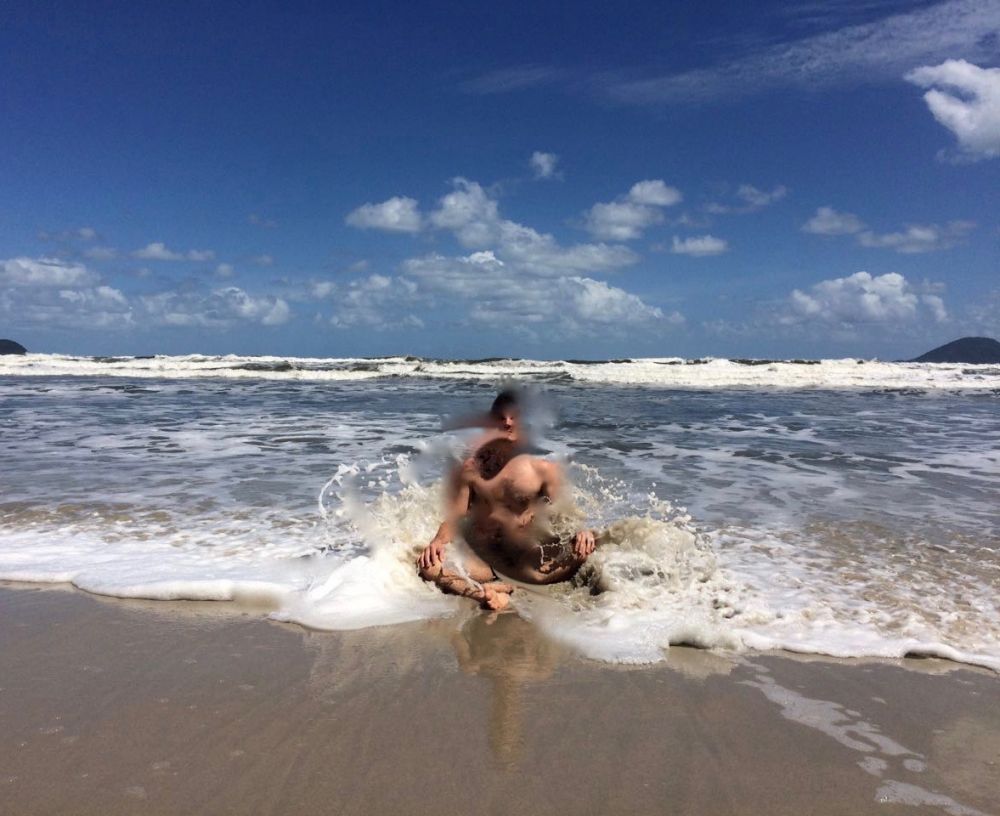 In UNOTHERING, the last solo of his CHOREOVERSATIONS trilogy, Thiago Granato initiates a conversation with two yet-to-be-born choreographers from a supposed future - neither the cybernetic utopia nor the post-apocalyptic hell space of science fiction. Thiago’s interest lies in the imaginary future of the indigenous communities of the Americans who possess the imagined power to reorganize our technocratic present. The invocation of totems - presenting the future choreographers on stage - necessitates trans-substantial crossbreeding and the adoption of “foreign subjectivities”. It is a political act that creates a doorway into another paradigmatic reality.
Thiago Granato is a Brazilian choreographer and performer based in Berlin. In addition to working with important artists like Lia Rodrigues, Cristine Moura, Mathilde Monnier, Jefta Van Dinther and Cristian Duarte, he studied in the Ex.e.r.ce 8 program. Granato’s work is being presented internationally in Europe, South America, Israel, Korea and Lebanon. 2013/14 he was a fellow at Akademie Schloss Solitude Stuttgart, where he developed the project CHOREOVERSATIONS which combines education, research and the production of a trilogy of solo pieces. It aims to create a network of relationships between the participating artists and their public. They thereby further discussions about history, heritage, authorship, property, translation, transmission, incorporation and presence in contemporary dance.

Based on the concept of film music, in 3 Malika Djardi develops an abstract language of movement, expressing through it a new form of narration. With an alphabet of gestures, the movement is not material but a narrative figure that uses the compositional elements of dance to develop a futuristic scenario. 3 is a farce, a “mise en abyme”. An abstract form of language developed by the three performers using dance, sculpture and sound will in the next moment give way to a scientific surprise guest, who will turn back on what happened to discuss it in his own language. It is about the construction of a language destroyed by another, mixing abstraction with documentary.
Originally trained in visual arts, Malika Djardi studied contemporary dance at UQAM in Montreal, then at the CNDC Angers. She has worked as a performer for Mélanie Perrier, Pierre Droulers, Joris Lacoste, Ola Maciejewska and Alexandre Roccoli. Jean-Marc Adolphe invited her to the 2010 edition of SKITE, during which she created her first group piece Love Song. With her first solo Sa Prière, created in April 2014 for Brussels Danseur festival, she continues researching the themes of performance as a documentary object. Her last creation Horion, a duo, was presented at the Rencontres Chorégraphiques Internationales de Seine Saint-Denis in May 2016.