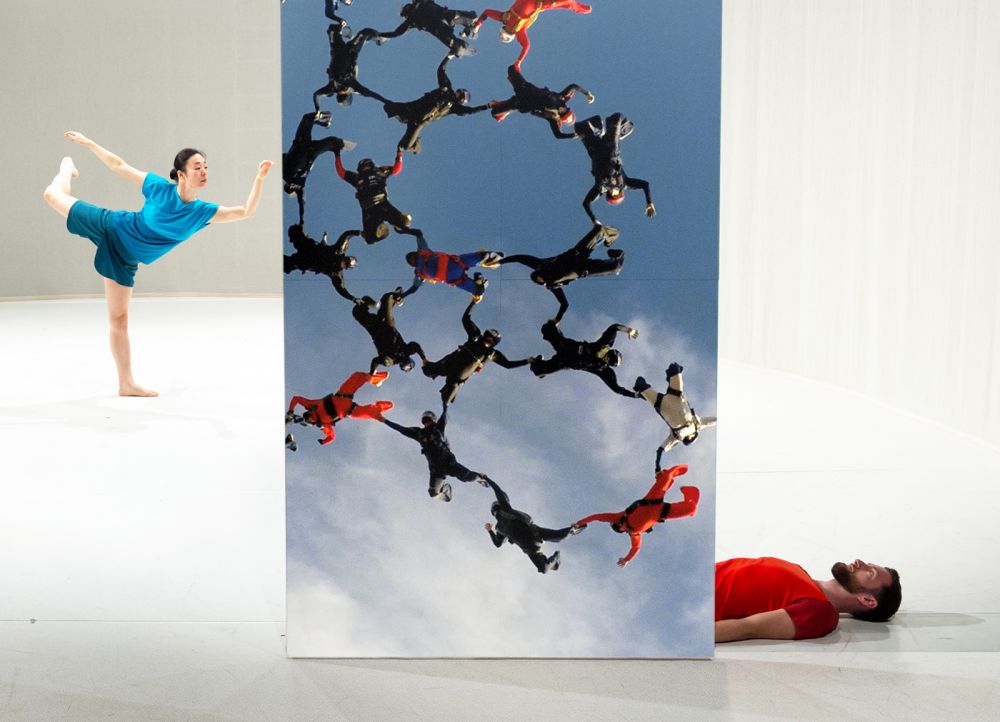 A choreography of everyday life, between group dynamics and the individual...

Make a donation to the artists on Soli-Ticket! Thanks!

Information forms thinking, feeling and meaning. When it reaches many heads and hearts, formations are formed. At the box office, on the highest mountain and even in the air, the accumulation of many individuals creates large patterns. Pictorial events that spread virally, create mood and demand positioning. Walking along or helping to create? Dive in or go under? The dynamics between individual and group is the theme of KOMBINAT's current production. Lost in Formation shows projections of visually powerful collective actions in exciting interplay with only two people on stage. The dance of Risa Kojima and David Pallant comments on and counteracts the film images of masses in euphoria, excitement, and discipline. The precise timing of dance and film creates humour moments. Thus, Lost in Formation unfolds step by step an associative space as a commentary on a complex world of different speeds and beliefs. When pictures conceal more than they show, questions arise about the image culture and self-conception of the event society. When fast and slow changes run parallel, the own perception is put to the test. 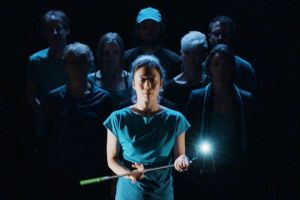 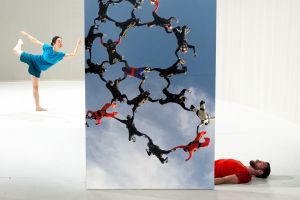 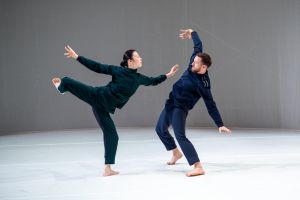 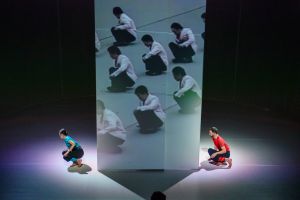 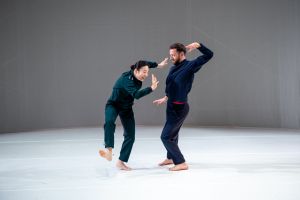 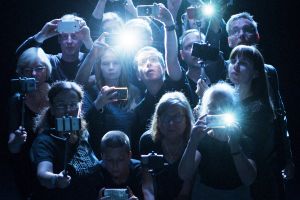 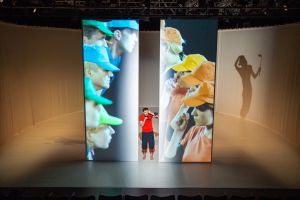 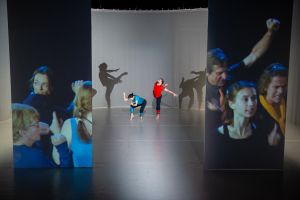 Make a donation to the artists on Soli-Ticket! Thanks!

Choreography: Paula E. Paul
Media space: Sirko Knüpfer Dance: Risa Kojima, David Pallant
Music and mobile screens: Joachim Glasstetter
A production by KOMBINAT kombiniert Tanz und Film g.UG, supported with funds from the Ministry of Science, Research and Culture and the Ministry of Economics and Energy of the State of Brandenburg.
With the kind support of the Ostdeutsche Sparkassenstiftung together with the Mittelbrandenburgische Sparkasse, the state capital Potsdam, Department of Culture and Museum and Strobel Rechtsanwälte. In cooperation with fabrik Potsdam and the IKF of the Film University Babelsberg Konrad Wolf.
Photo: Stefan Gloede.
Duration: approx. 65 minutes